Yeah I know expandrive is easier to use…. install, enter credentials, and you are done. But lets face it, expandrive isnt the fastest and most stable stable thing you’ve used. try to copy a lot of files and it leaves a few. The other problems … you know them

So after messing around with the MIT Kerberos and OpenAFS I found a solution (Windows for now). With a bit of work I’m sure linux users would be able to replicate the same. 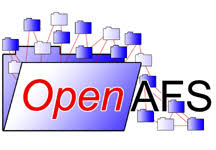 So here’s a simple walkthrough to getting this done.

If you set up NIM in such a way you can make it mount these drives to a particular drive during startup…. or you could use shortcuts…

Give it a shot ! trust me when i say its sooo much “cleaner”. People facing trouble can give me a shout 🙂

Hunting around for tickets to Google IO 2013 is something I’ve been hooked on to for the past few days. Funnily enough none of the major sites like Gizmodo or Tech-crunch have a post out there for their readers to know when the

I’ve started blogging many-a-times before….Each time with a sudden burst of interest I started a new blog vowing to myself to be better than last time and not let it die. The first one was not even a blog… a bunch of